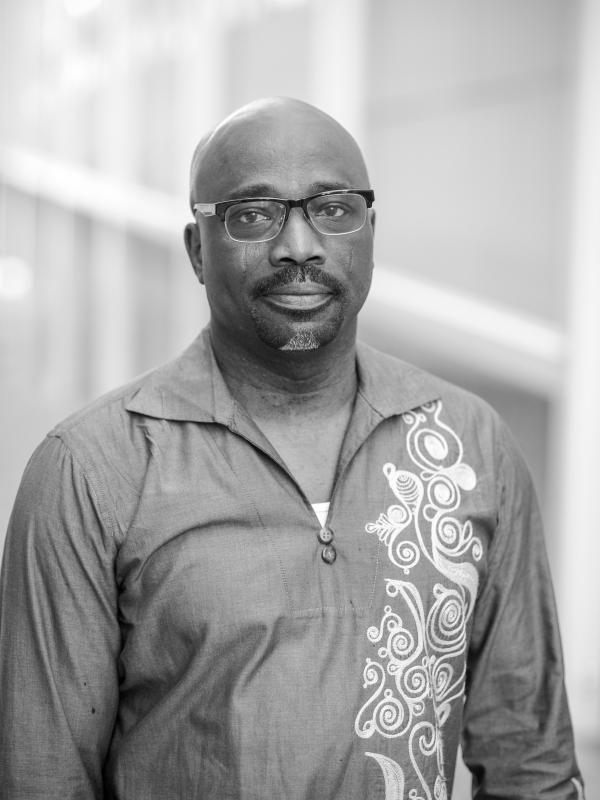 ‘Wálé Adénlé is a visual artist, political cartoonist, educator, and PhD student in the Department of Arts Administration, Education and Policy. From 2012 to 2014, he served as a full time Visiting Assistant Professor in Painting/Drawing at Texas Tech University, Lubbock, Texas. He has also taught formal art history and studio art classes in New Orleans and Broward County public schools, Miami University, and Appalachian State University. Between 1986 and 2012, ‘Wálé worked as a socio-political cartoonist/illustrator with various newspapers and magazines in Nigeria, Great Britain and the United States. His visceral, often times, acerbic satire drew the ire of the notorious military regimes in Nigeria and propelled in 2000, the publication of his book, Mixed Feelings. ‘Wálé received the 2001 Reuters News Graphics Fellowship award in London, with workshops at the University of Navarra, Pamplona, Spain. It was during his travels that he began to study the 19th Century western visual satire (emphasis on Honore Daumier and Thomas Nast) and its comparative parallels to the cultural context of the 21st Century African cartoonists (Gaddo, Zappiro, Fatunla…)—a study, he is expecting to advance through the Billy Ireland Cartoon Museum at The Ohio State University. ‘Wálé also explores culturally designed-languages, visually and oratorical, to locate spiritual and political concepts as the core influencer of socio-constructs and behaviors in traditional non-western arts and cultures. He has done restorative work on collections at the Southern University in New Orleans, served in the collection department at the Louisiana State Museum, and for two years, was a gallery assistant at Heistand Galleries—Miami University. His recent public commission includes “Congo Square” an 8ft. x 12ft. high relief cast bronze, commissioned by the City of New Orleans and installed at the Louis Armstrong Park-New Orleans.